Jordan Peele Crashed A 'Get Out' College Course

'Get Out' director Jordan Peele went undercover at a UCLA college course about his own movie.

Get the CBS app for iPhone & iPad! Click HERE: http://bit.ly/12rLxge

Get new episodes of shows you love across devices the next day, stream live TV, and watch full seasons of CBS fan favorites anytime, anywhere with CBS All Access. Try it free! http://bit.ly/1OQA29B 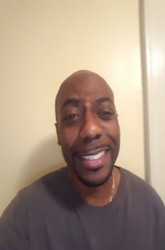